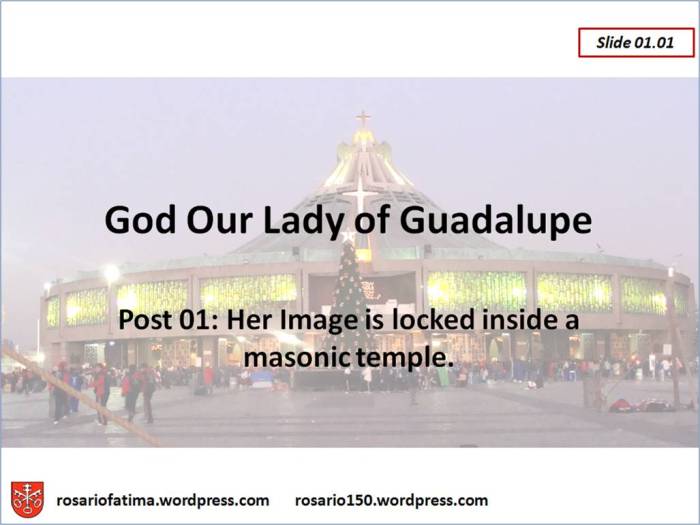 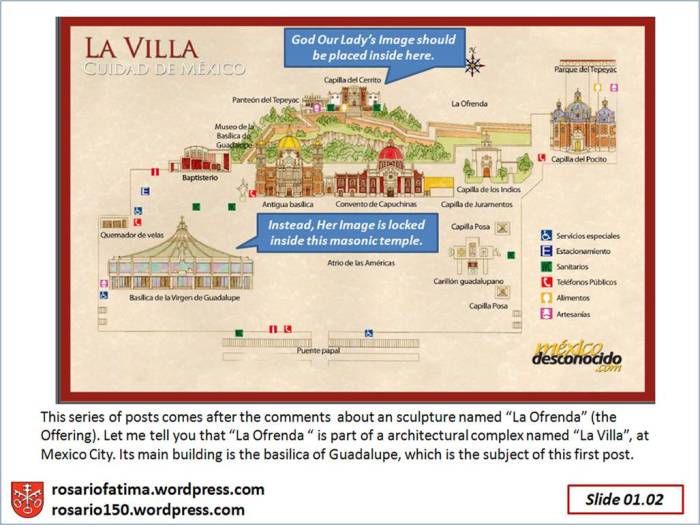 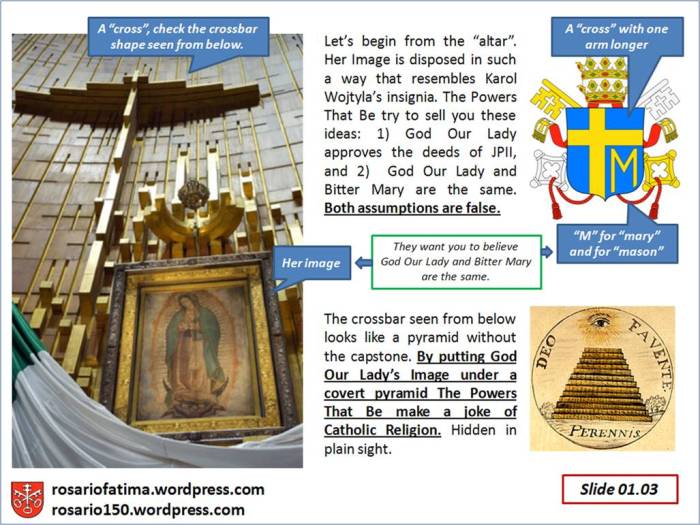 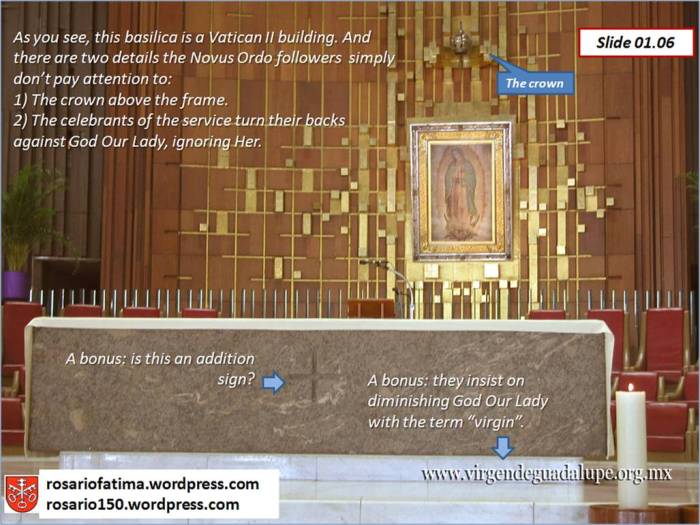 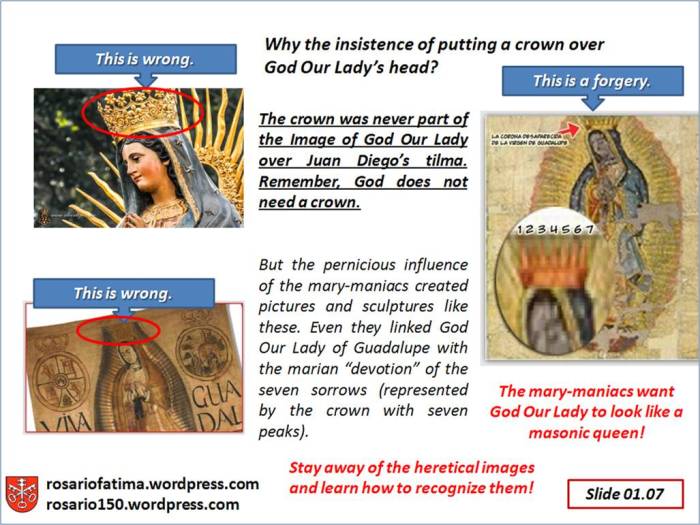 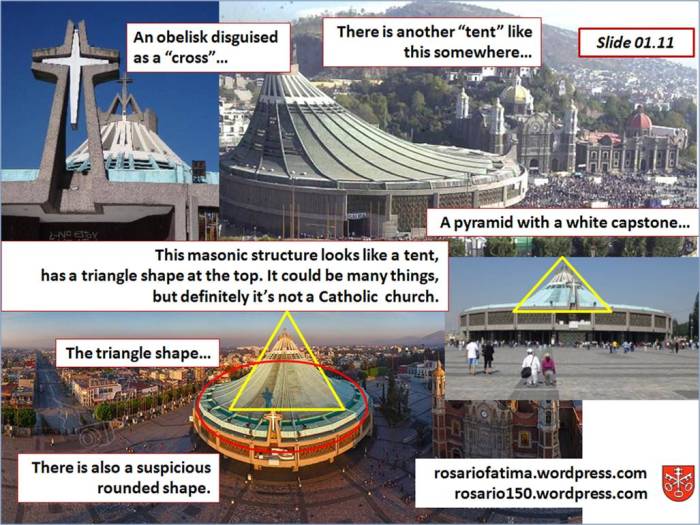 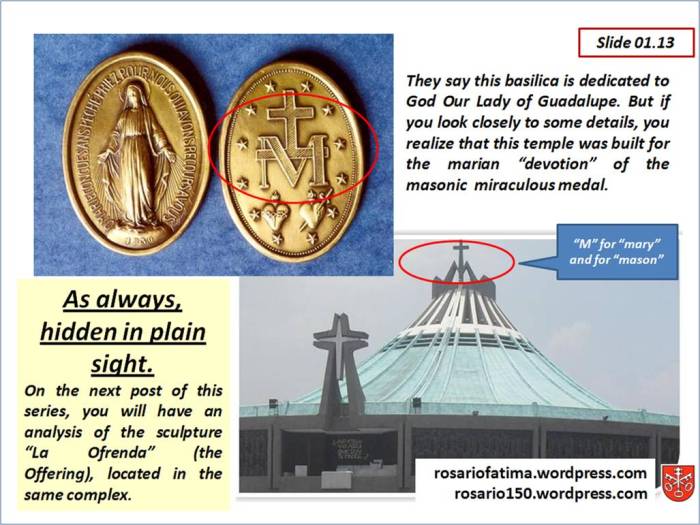 Check the next links for more information about him:
http://www.jewishencyclopedia.com/articles/12116-philo-judaeus
http://en.wikipedia.org/wiki/Philo

Volume 3
3.01 On the life of Moses, that is to say, on the theology and prophetic office of Moses, Book I.
3.02 On the life of Moses, book II.
3.03 On the life of Moses, book III.
3.04 Concerning the ten commandments, which are the heads of the law.
3.05 On circumcision
3.06 On monarchy, book I.
3.07 On monarchy, book II.
3.08 On the question, what the rewards and honours are which belong to the priests.
3.09 On animals fit for sacrifice, or on victims.
3.10 On those who offer sacrifice.
3.11 On the commandment that the wages of a harlot are not to be received in the sacred treasury.
3.12 On the special laws which are referred to three articles of the decalogue, namely, the third, fourth, and fifth; about oaths, and the reverence due to them; about the holy sabbath; about the honour to be paid to parents.
3.13 To show that the festivals are ten in number.
3.14 On the festival of the basket of first-fruits.
3.15 On the honour commanded to be paid to parents.
3.16 On those special laws which are referrible to two commandments in the decalogue, the sixth and seventh, against adulterers and all lewd persons, and against murderers and all violence.
3.17 On those special laws which are contained under and have reference to the eighth, ninth, and tenth commandments.
3.18 On justice.
3.19 On the creation of magistrates.
3.20 On three virtues, that is to say, on courage, humanity, and repentance.
3.21 On rewards and punishments.
3.22 On curses.
3.23 On nobility.
3.24 To prove that every man who is virtuous is also free.

Volume 4
4.01 On a contemplative life; or on the virtues of suppliants.
4.02 On the incorruptibility of the world.
4.03 Against Flaccus.
4.04 On the virtues and on the office of ambassadors; addressed to Caius.
4.05 Concerning the world.
4.06 The fragments of the lost works.
4.07 Fragments extracted from the parallels of John of Damascus.
4.08 Fragments from a monkish manuscript.
4.09 Fragments preserved by Antonius.
4.10 Fragments from an anonymous collection in the Bodelain Library at Oxford.
4.11 Fragments from an unpublished manuscript in the Library of the French King.
4.12 A volume of questions, and solutions to those questions, which arise in Genesis.
4.13 Index to the four volumes.

It is interesting to read that someone is claiming on Fatimamovement.org that the name of the Mother of God Jesus Christ is “The Lady of the Rosary”. You could fall for it, regarding the recent information that is available. But consider this: God Our Lady has revealed Herself to those She has selected by using terms people were aware of and could understand. How can it be?

First of all, I recommend you to pay attention of what is written on recent books and old books. Please try to read between the lines of everything; probably you haven’t heard of what I’m going to say, but there’s something I will name as “Catholic Logic.” God Our Lady has given us hints about how to distinguish Catholic Religion, and She presents the clues with logic.

Ok, let’s begin with God Our Lady of Guadalupe: when She revealed Herself to Juan Diego, She named Herself as “The Mother of The True God”. She did not use the attribute “Lady of the Rosary” nor the “Lady of the Brown Scapular”. Think about this: She did not offer the Rosary to Juan Diego, nor the Brown Scapular. If She had introduced Herself using those titles, Juan Diego would not had understood. Check it out: She did not say: “I am the The Mother of God”, because She had to be especific; the rest of religions usually say they have deities (actually they are demons or deified people). That’s why She said “I am the Mother of The True God”.

The epithet “The Mother of The True God” was something Juan Diego could understand quickly and the image is a great proof of it: She is teaching us to pray to the Catholic Trinity. I think the Sacraments were valid during that period of time (around 1531); that’s why She asked the people of Mexico (at that time it was called New Spain) to become Catholic through the ordinary way, that is through the sacraments. The people of the 3 Americas had the privilege of receiving an image we could use to Catholize everyone else, but the Enemies of the Catholic Church came up with so many “diverting devotions” that divided the Catholics all around the world.

Keep in mind this: Her name is God Our Lady; for a long long time She has been known as “Our Lady”, not “The Lady”. There are two apparitions, manifestations that are clearly identified with Her Name: Our Lady of Guadalupe and Our Lady of Fatima. On others (which almost all of them are heretical) the members of the Vatican Sect uses the terms “Virgin” and “Our Lady” with no distinction, the laity often interpret that “virgin” is a correct term for the Mother of God, but then you realize calling God Our Lady “virgin” is not appropriate. God Our Lady and Virgin Mary are not the same.

The requirements for the use of the Brown Scapular (either its origin might come from God, or the clergy, or the laity) were created to preserve our souls and for avoiding sin, they sound convenient and are in line with Catholic Doctrine, and those are:
1) Wear the Brown Scapular all day and all night, so you realize the commitment you have.
2) Keep chastity according to your state (single or married), so you don’t get into trouble.
3) Pray everyday the Rosary 150. The little office and the pentagram rosary are useless.

Now it’s time to talk about God Our Lady of Fatima: when She revealed Herself to the 3 kids, She named Herself as “The Lady of the Rosary.” She did not use “The Lady of the Psalter” because the kids would not had understood; they were familiar with the term “Rosary”. And She did not say “I am Our Lady of the Rosary”, because that sounds akward: “I am Our” does not sounds logic. Remember, languages are not a problem to God. Anyway, the devoted Catholics continue to refer to Her as “Our Lady”, as I said that is Her name. She would not restrict Herself to one of the many epithets we have given to Her.

When you say “Our Lady of the Rosary” the vatican followers usually asociate that description with the virgin mary and the pentagram rosary. That’s why I don’t recommend to say “The Lady of the Rosary”. I will repeat this until I die: God Our Lady use the term “Lady of the Rosary” to introduced Herself to the kids. The 3 kids already knew Her name: Our Lady. St Lucia had the opportunity to see by herself the revelation that Our Lady is God on the Apparition of Tuy.

2) In order to promote the keys to recover the Catholic Religion and the Catholic Church through the Rosary we should restore: the Fatima Prayer was the first key, it has to be prayed immediatly after the lord’s prayer. The enemies of the Catholic Church, on the contrary, put that prayer after the glory be, and some of them say it’s optional and don’t pray it at all. For not obeying to God, we had WWII and almost WWIII, which we are avoiding by praying. After all we know now, the phrases “Preach my Psalter” and “Pray the rosary” we realize they refer to the Rosary 150.

Summarizing: The name of the Mother of God Jesus Christ is God Our Lady. Simple and clear. Obviously, nowadays we only have the Conditional Baptism, The Rosary 150 and the Brown Scapular, but we need to recover Catholic Religion so those who are not born yet have a chance to go to Heaven.

This post consists on slides with their explanation on each one of them. Enjoy it! 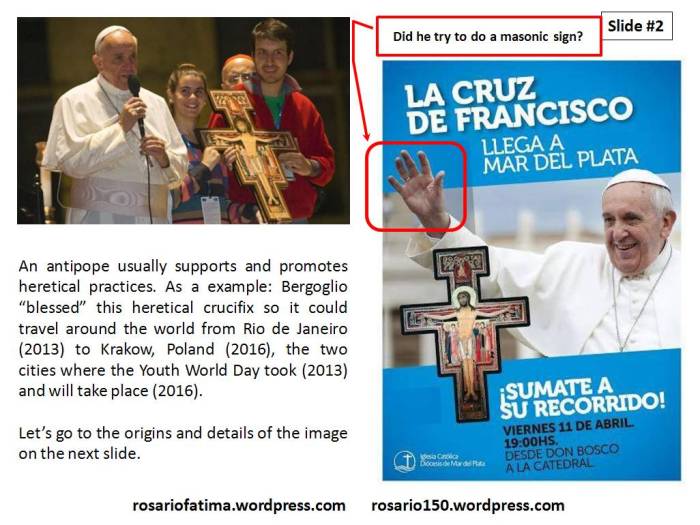 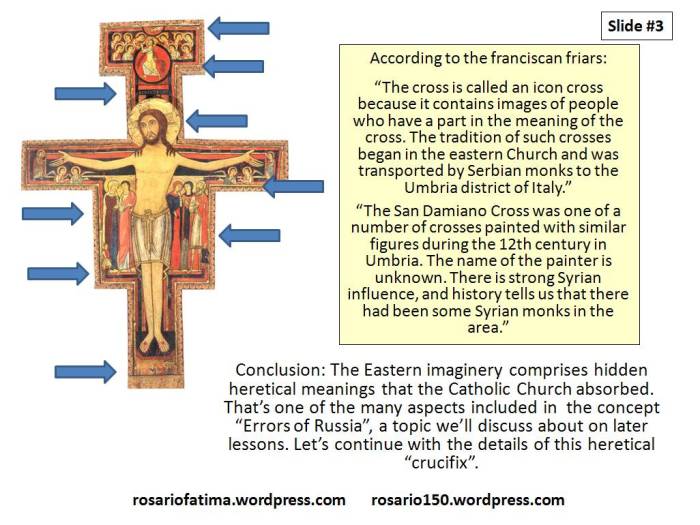 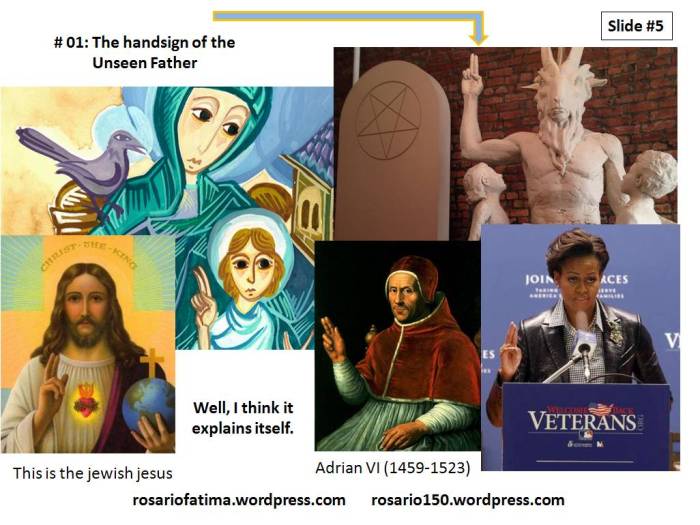 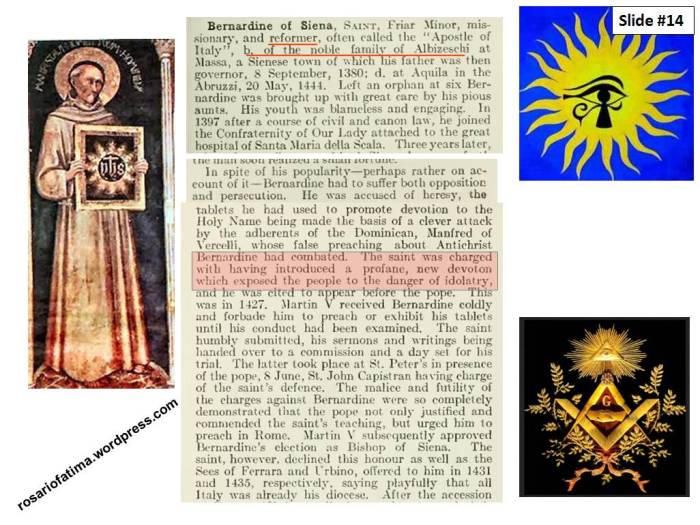 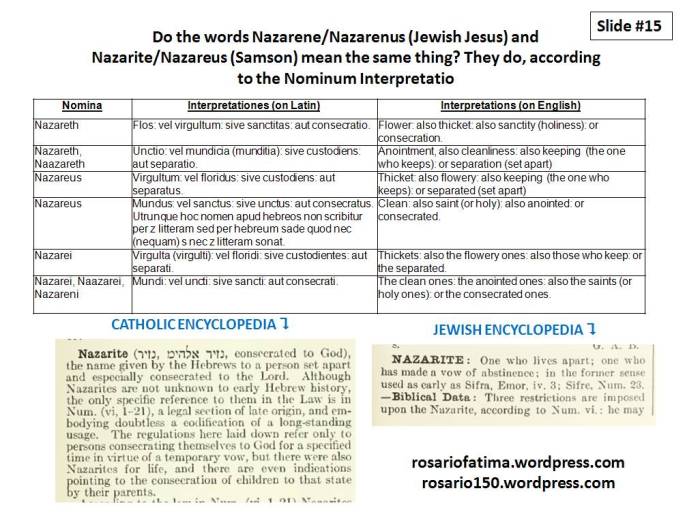 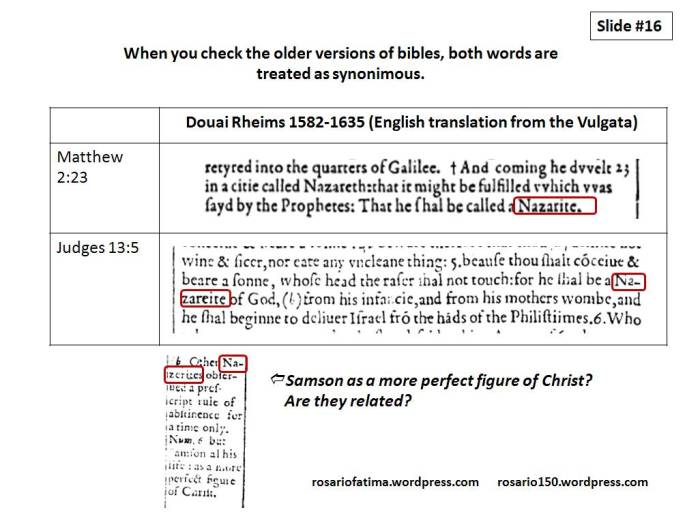